College of Engineering Recognized for Diversity The University of Georgia College of Engineering has been honored for its commitment to diversity and inclusion by the American Society of Engineering Education and its Engineering Deans Council.

The college was named a bronze-level institution in ASEE’s national Diversity Recognition Program, the highest level currently possible. Launched this year, the recognition program is designed to encourage institutional transformation in engineering schools and colleges around the issues of diversity, equity and inclusion. It is the first national effort to publicly recognize engineering institutions for their success in building a diverse workforce. 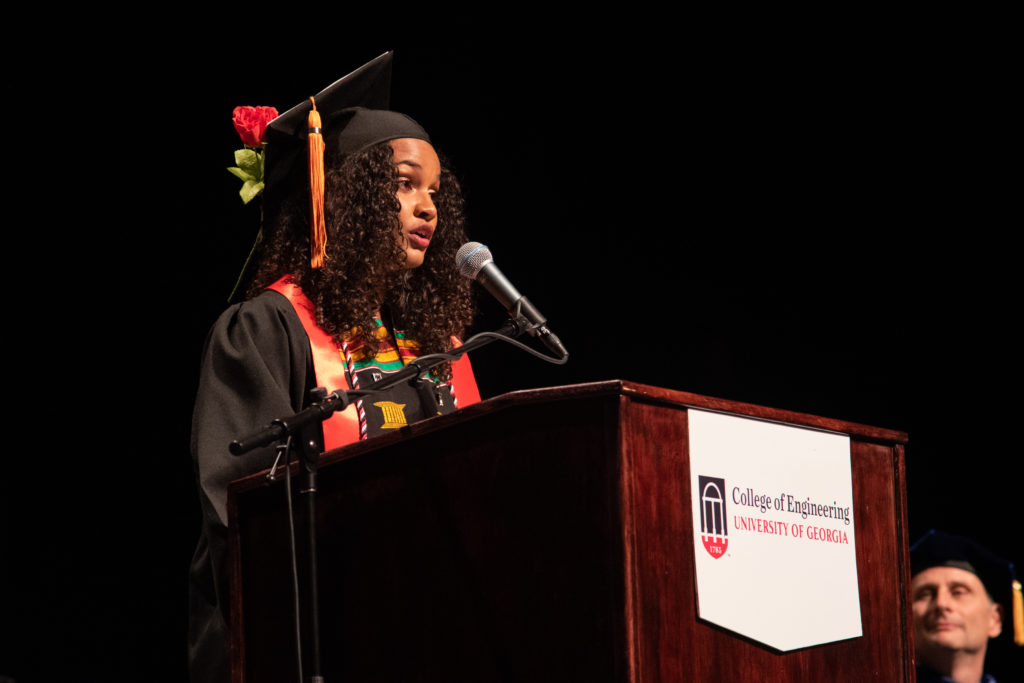 “The UGA College of Engineering is honored to receive this significant recognition of our efforts to create an inclusive environment and to increase the accessibility of our programs to an increasingly diverse population,” said Dean Donald Leo. “While there’s certainly work to be done, the college is committed to creating a diverse and welcoming environment for students, staff and faculty.”

The ASEE Diversity Recognition Program grew out of the ASEE Deans Diversity Pledge. Issued in 2017, the pledge has been signed by more than 220 of ASEE’s 330-member engineering colleges. The pledge commits signatories to engage in four activities:

The overarching goal of the UGA College of Engineering’s Diversity and Inclusion Plan is to build a student body and faculty body that more closely aligns with the populations the college serves as a public, land-grant institution. The plan’s goals also include increasing the number of underrepresented students choosing to pursue advanced studies, particularly doctoral degrees.

In addition to developing the Diversity and Inclusion Plan, the UGA College of Engineering established the Dean’s Task Force on Accessibility, Diversity, and Inclusion last year. Comprised of faculty, staff and students, the task force studied the college’s admissions, enrollment and faculty data and compared that data to national and regional peer institutions. The group also worked to identify opportunities for student and faculty recruitment and retention that will enhance diversity in the college.

The task force was chaired by Robert Baffour, a professor of practice in the college, and Angela Birkes, UGA’s Alliance Director for the Peach State Louis Stokes Alliance for Minority Participation. The committee recommendations played an important role in the development of the Diversity and Inclusion Plan and the college’s application for bronze-level status by ASEE.

College of Engineering recognized for diversity