“Each of these projects was a team effort and they reflect our shared commitment of preserving our heritage through state stewardship of our cultural resources while incorporating modern features and systems that support the University’s mission,” said University Architect Gwynne Darden. 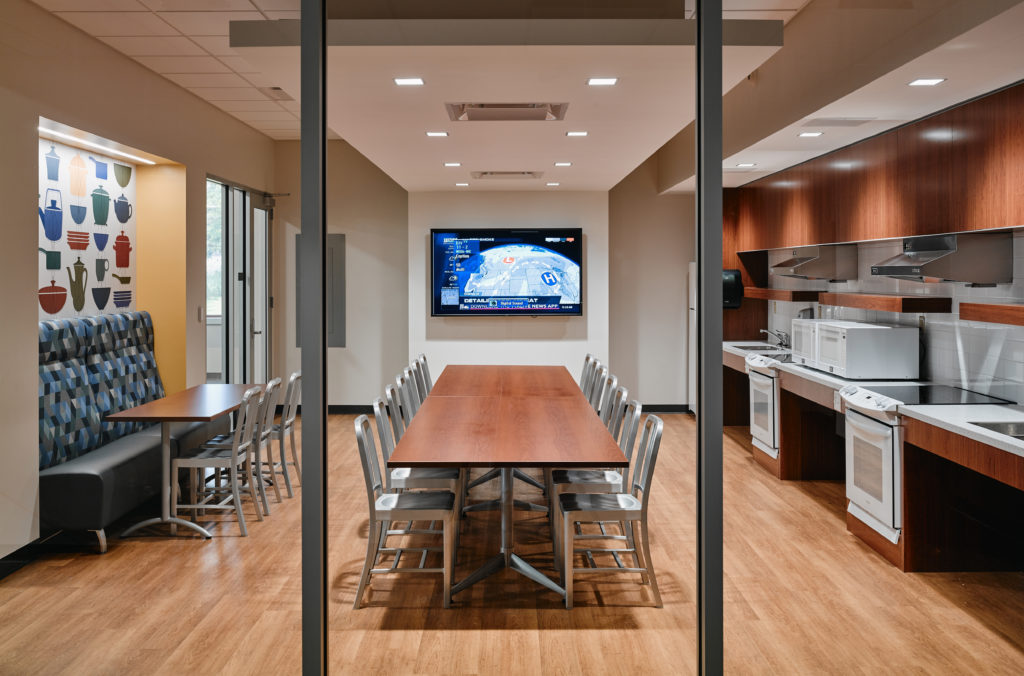 New student kitchens were part of the complete renovation of Russell Hall.

University Housing’s Russell Hall, which is the residence to about a thousand students, went through a 15-month renovation and reopened in August 2018.

The updated student rooms include individual modernized climate control and flexible room furnishings and there is increased bathroom privacy and lounge spaces to encourage group interaction.

At over 230,000 square feet, Russell Hall is the largest comprehensive historic building renovation at the University of Georgia and serves as a model of sustainable historic preservation — all of the worn building systems were replaced with new modern efficient ones, new high-performance windows were installed, the roof was replaced, and various exterior repairs were performed including reworking brick sills and lintels.

The building’s renovated interior preserves a unique mid-century aesthetic, such as the original ­terrazzo floors in the lobby, and it also includes at least 10% Georgia-based materials.

“We’ve taken a building with good bones and transformed it to a modern-use residence hall that will stand the test of time for another 50 years,” said University Housing Director of Facilities Gary Thompson. 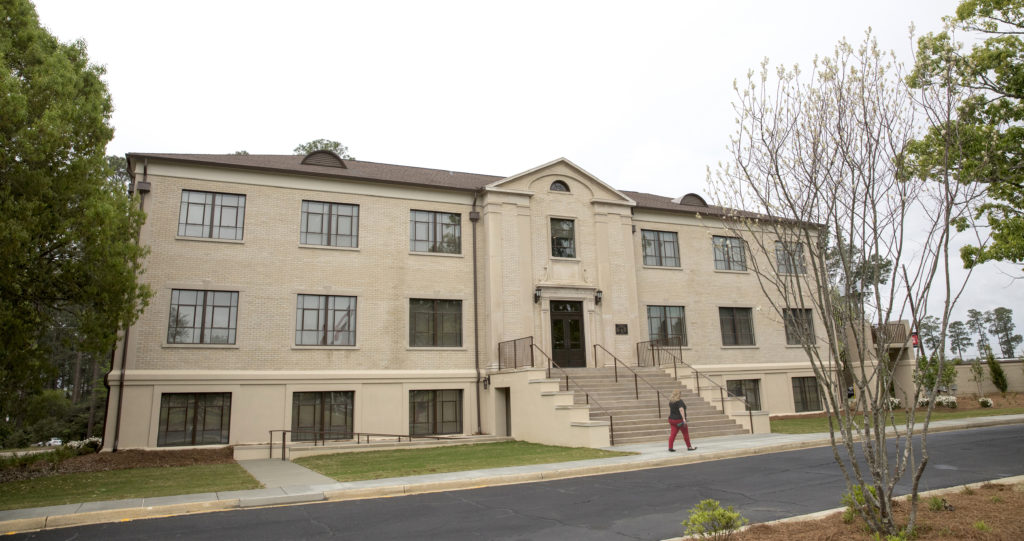 The Agricultural Research Building at the UGA Tifton campus was rededicated in April 2018.

The Agricultural Research Building, which was rededicated in April 2018, is an 81-year-old building that was the second structure built on the UGA Tifton campus.

Renovations to the building included the addition of high-efficiency LED lighting, extensive fiber-optic cable and wireless internet capabilities. The building retains many of its original features, including restored steel windows.

Renovations to the 12,000-square-foot structure, which was built in 1938, were made possible by $5 million in state support. The building houses the UGA College of Agricultural and Environmental Sciences Department of Animal and Dairy Science and Department of Entomology. 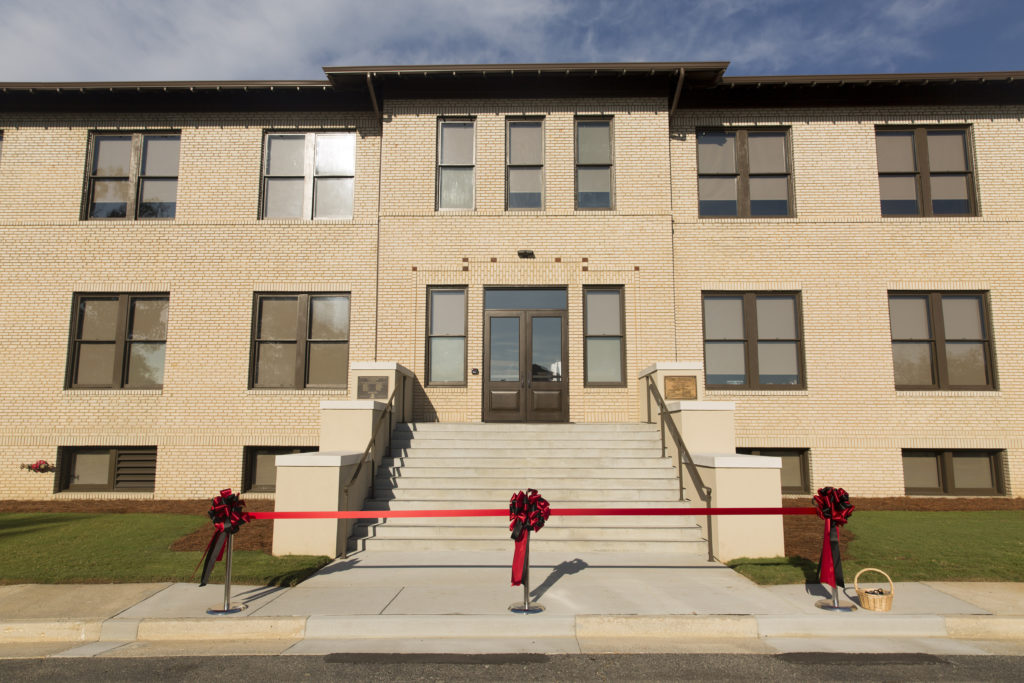 The H.H. Tift Building before its rededication ceremony.

Included as part of the same award is the H.H. Tift Building, which was rededicated in September 2016 after its renovation.

The Tift Building, which was built in 1922 and was the UGA Tifton campus’s first structure, was funded by $5 million in state support. The facility houses the Department of Agricultural and Applied Economics as well as administrative offices, including the assistant dean’s office. The renovated building also contains modern classroom space to provide faculty and students with the latest in learning technology.

The Tift Building complements the campus’s vital research enterprise, which is recognized worldwide for scientific discoveries related to agricultural commodities such as cotton, peanuts, pecans, turf grass and vegetables.

“The results of the renovations have exceeded even our highest expectations,” said Joe West, assistant dean for the UGA Tifton campus. “When you undertake major renovation you expect challenges, financial and otherwise. Our team did an excellent job of dealing with unexpected challenges, was fiscally responsible and gave us these wonderful results. They’re everything we dreamed they would be.”

Founded in 1973, the Georgia Trust for Historic Preservation is one of the country’s leading statewide, nonprofit preservation organizations. The Trust works for the preservation and revitalization of Georgia’s diverse historic resources and advocates their appreciation, protection and use.